I had a good time presenting my Visual Predictive Analytics session last night at the Denver SQL Server Users Group.  I’ve been a regular member of the group for abut 6 years and this is at least the 4th time of I’ve done something for the group.  There were around 50 people in attendance with really good interaction, several job openings announced, a great sponsor in Confio, and food from Maggiano’s.  The group is really well run by Marc Beacom and the Board, and I’ve gotten to know so many members of the group that they’ve become good friends.  I even had some clients in the audience who attended just to see me speak!

During the session, I show a graph called The Gartner  Hype Cycle for Emerging Trends to point out where Predictive Analytics is on the curve.  I had a little blip during the session when the graph came up on my slide deck.  I couldn’t remember the name of the graph and I didn’t have the title on my slide deck (I was reminded of it’s name by a member of the audience).  I also noticed that my version of the graph was one year old and it dawned on me that Gartner has published a newer graph this year.  I made sure I replaced it in my slide deck with the new graph published in July 2011:

It’s interesting that Predictive Analytics hasn’t changed much from one year to the next.  It’s still in pretty much the same spot having moved slightly forward within the slope of enlightenment.  It’s also interesting to see where other areas of Business Intelligence are.  Big Data has been getting a lot of attention lately and is on the way up the curve, and Social Analytics seems ready to peak and then fall.

Gartner does a good job putting this measurement of hype together and I recommend anyone working with emerging technology pay attention to where it is in the cycle.

I deliver solutions in Business Intelligence and Analytics. I'm speaking at the PASS Summit in Seattle, WA in October. 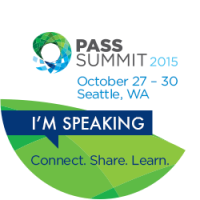